This post is being written early on Monday morning because I was just too weary to write up Sunday's events at the end of the day. One of the abiding mysteries is being sore of foot is always accompanied by being sore of brain. Conference is not for the feint hearted.

My conference started very slowly as I sort of eased myself in. I let the debate about what should be debated go over my head because I had the feeling that whatever motions would emerge victorious we would not be having a full on debate about Trident. This would have been the brave choice because I suspect that the interest in this subject shown by my own Belper & Duffield branch holds true for most branches throughout the land. I have to admit that I am bang in the middle on this one, not approving of spending who knows how many billions on Trident replacement but wary of any unilateral disarmament without a cast iron guarantee that all other nuclear weapons extant on this planet would also be destroyed. I believe that MAD (mutually assured destruction) is the only way we have of keeping mad men from pressing the launch buttons. I dream of an invention that can sweep the missiles harmlessly from the sky or somehow cause them to melt harmlessly in their silos but until that day I think it prudent to maintain what we already have. Was it Khrushchev who countered the USA threat of USSR destruction, "ten times over" by saying that the soviets only had to destroy the USA once. Our existing Trident may not be much but it only has to work once.

The afternoon debate was "Better Politics at Every Level". Well amen to that but it amused me to hear Kate Green (Shadow Minister for Women and Equalities)  speaking of Labour caring for you before you are conceived right through to when you are laid in the ground. I was reminded of the 1970 election and a rally held not so very far from the conference centre ......... in the Dome; a well attended rally in support of Dennis Hobden the incumbent Labour MP for Brighton Kemptown. He spoke of Labour caring ............. from cradle to grave and spelled out each Labour policy that impacted at each age upon your life. If I closed my eyes and Kate Green could have deepened her voice and acquired a resonance that accompanies a beer belly then it was uncannily like 1970.

To be honest I could not detect what was better but as this is my first attendance at conference I only can only imagine how this is better than what we had before. The debate failed to capture that special feeling that emerged when Jeremy gained the leadership. It is evident that the party has some catching up to do. There was a lot of comments about women, LGBT and youth to the point where I felt that I should apologise for being an old heterosexual .............. in fact I made that point to a tough looking individual in the toilets but he turned out to be gay so I ended up being lectured by the chap who had to raise his voice above the noise of the hand dryers. Welcome to the conference sitcom.

The Scots and Welsh duly made their reports and I was very impressed with all the speakers with, perhaps, Kezia Dugdale and Carwyn Jones having a sort of leadership quality about them that could prove successful in the devolved chambers .......... hopefully spilling over and influencing our tally in Westminster. Kezia showed her video which had this hard bitten old cynic wiping away a dry tear (perhaps I was still feeling the effect of the lecture in the toilets). I have searched for her video but so far without any luck. I get the impression that it is Wales and Scotland that we will see the first evidence of the effectiveness of the Corbyn factor and how it has reached out beyond the faithful by translating into success in the ballot box. If we make no Celtic inroads in 2016 then the knives of the right will sharpened.

I attended a lunchtime rally in a nearby hotel, "Where now for Labour and rail ownership" with a panel of union and parliamentary worthies. Once again I was impressed with Diana Holland who seems to be made of the right stuff; managing the bridge between old and reinvigorated Labour with consummate ease. Her position on the national executive allows her to talk with some authority. Her backing for a general strike in 2012 has gained her popularity on the left. The discussion was as you would expect with the gradual nationalisation of railway franchises as they fall due being the accepted method. The Tory threat to once again privatise infrastructure by selling off Network Rail was mentioned but, as it is a very real immediate issue should perhaps have been given more prominence.

In the evening I attended the event organised by SERA, the Labour environmental campaign. The format was for a welter of speakers each limited to 5 minutes but the cliquey manner was somewhat off putting to those (well me) who had no idea who most of these individuals were. I try to take accurate and comprehensive notes but I still have no idea who 5 of the speakers were ............... introductions for Hugh, a lady MP or was she an MEP from the southeast, Chris from Plymouth who was said to be brilliant (well he wasn't bad), the list goes on. Two politicians I did recognise were Stella Creasy and Sadiq Khan. Stella managed to demonstrate that she has no real understanding of environmental issues as she gave a talk about anything but the environment whilst Sadiq Khan spoke passionately about his desire to make London a world centre for sustainability and care for the environment. He talked of air quality, carrying on Ken Livingstone's work on public transport (lowering bus fares) and announced that he would plant 2 million trees in his first term. That should make his back ache. London is to become the greenest city in the world. 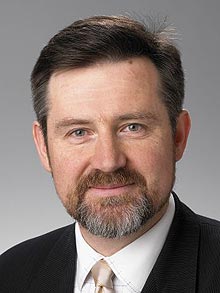 There was a feeling, expressed by Hugh ? (I must investigate who he is) and Barry Gardiner (MP for Brent East who is an impressive speaker) that green issues had slipped down the pecking order of Labour priorities and I think that's true. Overall I was not that impressed with SERA but speaking with the organiser, Jake Sumner I realised that SERA is underfunded, under staffed and under supported. From being critical of SERA I left feeling sympathetic and Jake told me that the only way forward was to create a network of local SERA groups. Now that is an idea for our own branch.

Time passes and I note that taking too long writing this post has caused me to miss a fringe breakfast event about health issues. Now it's time to walk along the seafront towards the conference centre, braving the mass of leaflet distributors, so far the maddest seems to be the Clone Party who had no leaflets or indeed any idea of what he stood for. I suspected that he might be a supporter of Andy Burnham but he denied this most vehemently as the Clone Party has definite ideals.