I wonder what Tim Berners-Lee thinks about the phenomenon that he made possible (the World Wide Web). Of course there will be pride in a fantastic revolution in communication but in his quieter moments, when fending off spam and batting aside the barrage of irrelevant trivia that comes with any internet search, does he hold his head in his hands and whisper ................ "what have I done?" When he sits in a train or, say a pub, does he feel responsible for the attitude of those that surround him; the 21st century humans having evolved to sit with heads bent forward, peering into small glowing hand held screens, oblivious to those around them. Although they live in an age where communication with one's fellows has never been so easy it is also the age of unprecedented isolation as physical interaction becomes virtual, conversations become digital. Many would say that what Marshall Mcluhan defined in 1967 with these words, "The medium is the message" has become the definition of our age .................. but .............. sometimes something jumps out of that screen and you want to grab your neighbour by the elbow, break into their candy crush obsession and say, "look at this" ............... and we have one of these moments with this article, David Hare - Why the Tory project is bust, a distillation of his 2016 Richard Hillary Lecture at Oxford University.

It's a long read but is all the more powerful for that. I have chosen a couple of quotes to whet your appetite. David Hare is a master of words, a playwright who has brought insight and intelligence to stage and screen, elevating comment into art, making the underlying themes of our times accessible through drama. I have searched for a video of the lecture itself but so far without success. The quotes: 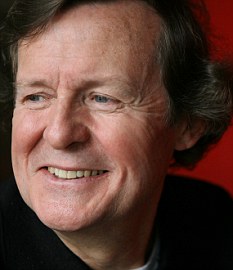 "There is a bleak fatalism at the heart of conservatism, which has been codified into the lie that the market can only do what the market does, and that we must therefore watch powerless. We have seen the untruth of this in the successful interventions governments have recently made on behalf of the rich. Now we long for many more such interventions on behalf of everyone
else.

You cannot pamper the rich, punish the poor, cut benefits and then say: “Now feel British!”


Which prompts us to ask, "what next?"

Towards the end of David Hare's article he laments the dearth of original thinking within the present day Labour Party ............ not quite in so stark a way as I have put it but the reference to a nostalgia for 1945 and the pride in the NHS is recognisable. It is important to understand where we are now and how we got here but this must be followed with "what next?". BelperStuff has over the past 10 months looked at the challenges and opportunities, the choices that we as a society can make. Bashing Tories can become so very tiresome. We want to look forward, to be optimistic and to offer hope. The editorial team of BelperStuff believes that a return to socialist values will provide that hope but you cannot rely solely on a philosophy; you must have a structured plan that people can believe in .......... and vote for. You have to replace the politics of fear with a narrative of ambition. (I am here reminded of something else that Marshall Mcluhan said, "A point of view can be a dangerous luxury when substituted for insight and understanding" which should be an ever present thought for a blog such as BelperStuff).

Thankfully there are some thinkers in the Labour Party who are looking at the "what next" question. It is heartening that the party is paying heed to the Nobel prize  winning economist Joseph Stiglitz and a recent meeting of minds has been written about by Liam Byrne here: An article by Liam Byrne - Only a new capitalism can end inequality in Britain. This is where Labour comes in. Here is but a snippet from Liam's article which was inspired by a talk given to a cross-party group of parliamentarians by Stiglitz.

"Though the Tories attacked us at the time, the advent of the new deal and tax credits meant that, for millions of people, work paid more than welfare. In Rewriting the Rules published last September, Joe Stiglitz argued that progressives need to hold on to the investment we’ve made in education. But we’ve got to be bold reformers now – because quite simply, the rules of our economic institutions are rewarding the wrong people with the wrong prizes and encouraging bad behaviour".

Note that link to Rewrite the rules. It deals with the inequalities and imbalances within the American economy but the problems are universal and apply equally to this side of the pond.

But there is more, a whole raft of thinking that can shape Labour policy, making it a perfect fit for the challenges ahead. There are so many strands of thought that have to be considered but our underlying direction must be the eradication of inequality. There are always those who scoff at such an aspiration but, as another great thinker said,

The modern conservative is engaged in one of man's oldest exercises in moral philosophy; that is, the search for a superior moral justification for selfishness. J.K.Galbraith


This post was motivated by David Hare's article and has prompted a look back at his career spanning over 40 years of inspirational theatre. I was delighted to come across this YouTube video of his 1995 play, The Absence of War which concerns the Labour failure of the 1992 election (this is the link for those who receive BelperStuff blogs by email):

.............. then there is this fascinating episode of Theatre Talk, a discussion with David Hare about his play, Stuff Happens, a look at the origins on the Iraq war:

Once again, here is the link for those receiving the blog via email
Posted by It's ok to listen to the grey voice at 11:18