From the very first question I realised that I should not have turned up at the hustings held last night in the Ecclesbourne school in Duffield. This was a very genteel affair, organised by the local christian alliance (I think that's how it was described) but I have to admit that there was the odd welcome outbreak of heckling. Thank goodness for grumpy old men. On the platform sat the parliamentary candidates for Mid-Derbyshire facing the massed ranks of wrinklies, (I am allowed to say that because I am one myself) the overall greyness punctuated with a sprinkling of earnest youth workers. I was however pleasantly surprised at the obvious intelligence of the audience who showed their displeasure when a candidate made unsubstantiated comments. However, they deserved better questions which seemed to have been chosen to give the incumbent and easy ride. I will get around to my estimation of the candidates performance later.

Back to that first question (and I paraphrase):

"What would the candidates do to ensure that dairy farmers are protected and get a fair price for their milk?"

The answers given were oh so predictable, the UKIP chap saying that dairy farmers would benefit from a new golden age if we leave the EU; Tory answer the inevitable protect our green countryside from developers and buy British; Green and Liberal answers basically the same as the Tory whilst the Labour view was that more active support is needed for the food producing industry. 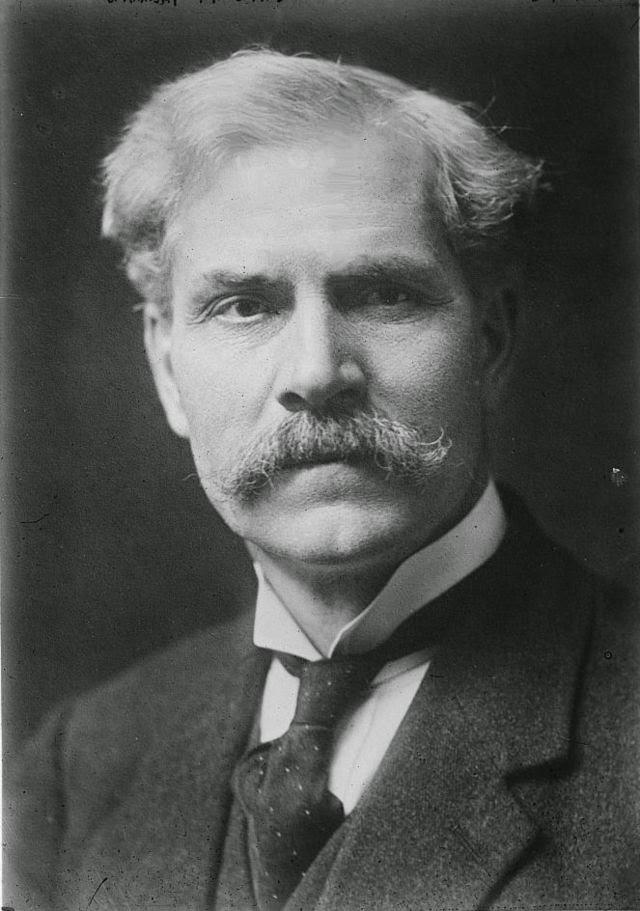 The correct answer should have been to bring back the Milk Marketing Board which was established in 1933 by the first Labour prime minister, Ramsey MacDonald. The MMB was established to set a fair price for milk and to collectively buy and distribute the stuff. Effectively this nationalised the supply of a basic commodity, protecting both producer and consumer. The MMB was abolished by John Major's Tory government in 1994, basically deregulation or, to call a spade a spade, privatising the milk industry and handing over control to supermarkets. This has nothing to do with the EU. We faced exactly the same problem in 1933 and the Labour inspired solution of the MMB would work equally well now.

Having mentioned Ramsey MacDonald I am reminded of the parallels of the 1920's and 30's with today. The first Labour government only lasted a few months in 1924 but in that short time they passed legislation that established the principle of council provided housing, the act setting a target and funding for 521,700 houses with controlled rents within a 7 year time frame. That first Labour government also increased pensions, unemployment benefit, more money for education and a whole raft of other provisions that had a positive impact on the lives of the poor and disadvantaged. All this within 11 months and delivered by a party that was not the largest in parliament. The current polls suggest a similar outcome in the 2015 election so the correct riposte to Tory smear tactics, their disgraceful claims of Labour/SNP chaos, is to point to the Labour Party in 1924 and the achievements of Ramsey MacDonald and his team of pioneering socialists.

Back to the hustings and my summation of the evening and the results of a scientific poll I conducted after the event (me and the wife comparing our thoughts whilst going through passport control in Milford ................... in reality enjoying a couple of pints in the King Billy on our way home)

The word smug comes to mind. It was noticeable that the groundswell of opinion was against her with the odd old blokes voice heckling. She consistently avoided answering the question and kept banging on about how great it was in Mid-Derbyshire, the sub text being that if things were so good why bother voting for anybody else. As I sat looking at her I was reminded of Flann O'Brien, the Irish satirist (Flann O'Brien link) and his book "The Third Policeman" in which he describes a policeman riding past on his bicycle, it being impossible for the onlooker to determine where the policeman ended and the bicycle began. With some subtle changes to key words that just about sums up Pauline Latham, Tory Blue, the studied avoidance of any semblance of shame for voting for cuts to the disabled allowance, the bedroom tax, buggering up the NHS and the raft of doctrinaire austerity measures that have done so much to widen the gap between rich and poor. I could not detect where the Tory ended and the woman began.

The UKIP chap. He actually spoke rather well and was in my mind the most accomplished and confident speaker. The problem was, what he was actually saying. Bring back grammar schools ........ he said that ................. despite acres of forest being cut down to provide report after report finding that selection at age eleven is fundamentally flawed he and his elitist ilk keep up with this view despite all the available evidence. Look .... I may be a tad biased here because I was deemed a failure at the age of eleven but subsequently, after I had left my secondary modern school at the age of 16, got a job but went to night school and gained admission to university when I was 20 (thank you the Workers' Educational Association). His one big idea, apart from the UKIP universal remedy for all ills of coming out of the EU was that first offenders should be told at sentencing what their second sentence will be if they re-offend. He said he got this idea from a 16 year old who wrote to him. I am going to resist commenting on this but if there are any of you reading this blog who think that this is a good idea then take the time to lay down in a darkened room and think this through. It is the moral equivalent of leaving university with a huge debt.

The Green Party. On the face of it a reasonable woman but she completely fluffed what should have been her key subject ...... green issues. Her analysis of the dairy farmer question was basically an echo of Pauline Latham and her position on sustainable energy and global warming was by some degree short of the Labour promises as mentioned here Guardian article but search out Labour's policy document that was issued in 2014 for a better idea. The overall impression of Sue MacFarlane is that she is an able and clever woman but when my wife and I compared notes in the pub afterwards we could not think of anything concrete that she actually said. It was all populist sound bites.

LibDem ........... ConDem. Nice enough woman and I am sure she means well but I really cannot remember anything she said. I'm not too worried about that as the Liberal track record of following through with anything they purport to believe in is decidedly negative.

Nicola is our Labour candidate. Nicola is still finding her voice but although showing signs of nervousness battled bravely through to make her points. If you listened closely she was far closer to giving accurate answers to the questions and her reply to, "what one policy from their party manifesto would the candidates want to push through in the next parliament", was the only one that had any resemblance to party policy as all the other candidates waffled on about their pet ideas which had little or no relevance to party manifestos. Nicola's answer was very clear, Labour promises to upgrade care for the elderly in their homes, better pay and conditions, longer visiting times; all this as part of a realignment of NHS delivery (Nicola said it much better than I can write it). Her closing statement was an impressive list of Labour policies but would perhaps have benefited if delivered with a slower, more measured tone. As I said, Nicola is still finding her voice but what she says is worth listening to.

On balance and after reading through this post in search of any grammatical howlers I am now pleased that I attended the hustings.
Posted by It's ok to listen to the grey voice at 12:25