BelperStuff has been investigating the background to the town council proposal to move the buses from the Poundland stop in King Street to the bus garage on Chapel Street by polling bus users and shoppers and questioning Labour Party members who have experience of the history of this issue.

BelperStuff consulted Joyce & Randall Sanders (former town and county councillors) who both recall the initial investigations into the pedestrianisation of King Street when Labour controlled the town council. They remember working closely with the people of Belper, Derbyshire County Council and the various bus companies. The result was the emergence of the current one way system, the pedestrian middle and "northbound" buses using the Poundland stop (of course it wasn't Poundland then). They considered that this arrangement had worked well once the initial unsuitable road surface had been replaced in 2003. I spent a very enjoyable couple of hours discussing Belper with Joyce and Randall. Both of them have led councils and their names crop up frequently when researching BelperStuff posts. Thankfully they are both still active members of the Belper & Duffield Branch of the Labour Party.


Then there is this reference in the BTC minutes for 2008
http://www.belpertowncouncil.gov.uk/uploads/meeting_docs/20081014minutes.pdf

It is apparent that this is not a new initiative by Councillor Nelson but we are prompted to ask what was the result of the survey of business premises and response to the news item? Was any attempt made to consult bus users and shoppers?

BelperStuff has conducted a straw poll of Belper folk, roughly 30 people and not one of them support the town council proposal. Admittedly this is not a scientific poll in any sense but the 30 comprise a reasonable cross section (perhaps a bit light on young people but by no means limited to Labour voters). A common theme was that this would disadvantage the elderly with more than one person wondering if Councillor Nelson ever caught a bus in King Street or for that matter were any of the 16 Tory councillors regular bus users. One very intelligent lady pointed out that exposure to bus exhaust fumes would be far worse in the enclosed environment of the bus garage !!!

We then asked our Derbyshire County Councillor John Owen for his comments and he duly enquired within the DCC if his own personal view (bang in line with our straw poll) was the official council policy. He told BelperStuff, "there is no way that the DCC will support any change to the position of the King Street bus stop ............ this has been done once and it is in the right place". We liked his no nonsense approach especially, "Bob's your Uncle" which effectively sums up the situation.

Ben Bellamy, who stood as a candidate in the May elections for both borough and town councils made this comment, "Anything that makes it harder for the elderly or people with disabilities to get into the town centre is to be resisted. If there is an issue with ‘creep’  that is causing problems on the pavements, the answer is to speak to the shop owners and make sure that they understand and observe the need for clear unimpeded access by pedestrians and wheelchair users, and if there is non-compliance then to use the legal remedies available to them.

Before coming up with any more hair brained schemes, Belper Town council would do well to think about working with AVBC and others to address and highlight the huge issues that we have in the town. If they need reminding, there is the embarrassing state of the River Garden Tea rooms; the lack of acceptable toilet facilities;  the state of the paving slabs in the Town Centre, the 1.6 million pound unused white elephant of the green lane car park extension and more.  Certainly if Councillor Nelson is serious about reducing pollution in the town, then a reduction in the number of lorries branded ‘Nelson’ thundering along the towns arteries would be welcomed".

BelperStuff has failed to find anyone who supports the BTC on this issue ...... oh except the Tory town councillors who voted in favour of banning buses from King Street. It should be noticed that not one councillor voted against the proposal.

Taking up Ben's comment about Nelson's lorries and pollution prompted BelperStuff to do a bit of digging into this. The results are below: 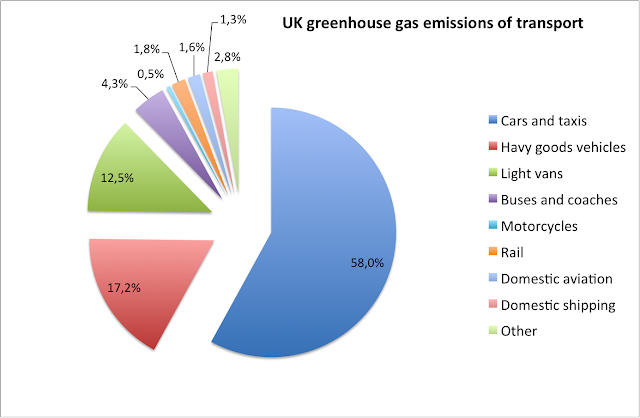 Heavy goods vehicles and vans account for 29.7% of UK transport sourced greenhouse gas emissions whilst buses only contribute 4.3%. How strange is it that Nelson chose to attack a well respected business such as Trent Barton Buses on the issue of pollution made even stranger as the BTC is currently in negotiation with Trent Barton to place Mr Potato Head high up on the wall of the bus garage on Chapel Street. His comment, "damned Trent buses" might well come to the attention  of the decision makers in the bus company.

Just to emphasise the folly of attacking public transport pollution if you are a road freight operator here is another chart illustrating the relative environmental impact of transport sectors: 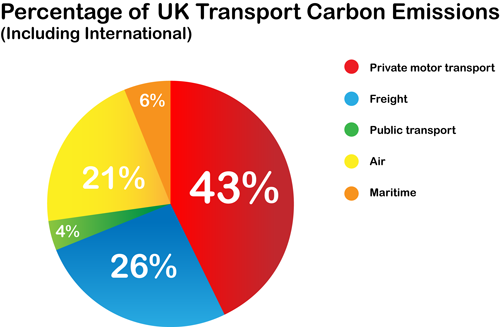