From despondency to anger ........ I will not give up my country without a fight

Yesterday's  BelperStuff blog was written at a particularly low point (The truth will always be - BelperStuff Friday 24th June). The pain of over 17 million British people voting to leave the EU was acute and I could see no way out of this situation. The UK had decided to become isolationist; accepting the fantasy that we are not an integral part of this continent just at the moment when it is so important that Europe is united.

Now, Saturday morning after a fitful night's sleep I realise that despondency has turned to anger. I am furious at what has happened in the UK. Put simply the old has sold the young short. 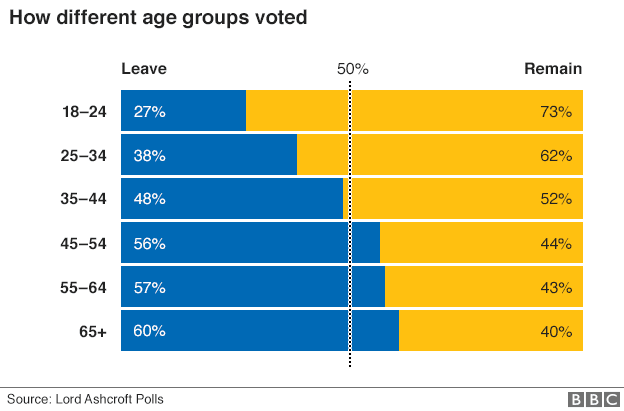 What this does for our society is incalculable but what we do know is that there is an ever growing number of young British people who feel totally disaffected. See this article on the BBC website. As I write this a poll petitioning parliament to debate and question the referendum procedure and how to trigger another referendum has reached nigh on a million signatures: Link to the poll.

How have we come to this?

It's not just the EU referendum but a cascading series of events that have brought us to this position. There are parallels in history for what is happening in this country but it seems that our so-called leaders pay scant heed to the lessons that can be drawn from past events. The underlying problem is disinformation and a willingness to distort facts for political ends. We used to call this propaganda but now it is dubbed "political expediency". Those reading this blog in Germany will understand exactly what this means because they know their history very well.

OK so with that last paragraph there are some of you that might be inclined to the opinion that BelperStuff has finally tipped over into the rash world of extremism. Hopefully not before reading through to the end of this post.

Perhaps it is naive to expect politicians to be scrupulously truthful as their stock in trade is to be the interpreters of events and the architects of what is best for the economy, the environment, education, health care ............ yes everything that exists on planet earth that can be influenced by humanity. To discover that they are not as clever as they think they are is not a surprise and critics like me (in fact anyone with an ounce of savvy) spend our time pointing out their inconsistencies and false assumptions. We are sometimes generous by accepting that politicians are a reflection of ourselves with the same capacity for self delusion. It is when this lack of wisdom is papered over by deliberate distortion of facts that we have every right to be angry. The EU referendum campaign has been the ultimate exercise in feeding the public disingenuous rubbish that has pandered to the base fears of a misinformed electorate. The fear of the foreigner, of the unaccountable power that rules your lives; the blame for all our ills being this offshore entity in Brussels and that once we free ourselves from that control all society's ills will be cured. This nonsense did not spring up overnight but follows years of feeding the British electorate on a diet that lacked wholesomeness and substance.

When did this start? That's a tough question because there are those who believe that we are never told the truth and that all politicians are liars. I don't belong in that camp because there are many instances of genuine concern for the truth from politicians of all parties and all persuasions (though I find it difficult to identify UKIP or the BNP in that number). For many of my generation there was a distinct change in 1979 as Thatcher came to power promising jobs and prosperity for all (who can forget the promise to create harmony) and the exact opposite occurred with communities being being torn apart and many thrown on the scrap heap for the rest of their lives.

It didn't stop there as many blamed Blair for his reasoning that took us into the war in Iraq. We still await the report that we hope will throw more light on this but we fear yet more evidence of a lack of veracity.

Then there is the Tory smear that the last Labour government was wholly responsible for the rise in the national debt and borrowing requirement when the truth was that this was a necessary response to protect our economy and institutions from the effects of the credit crunch. The fact that they, the Tories supported Labour at that time was conveniently forgotten as they managed to convince the electorate that all was the fault of Labour. Once the objective of gaining power was achieved the Tories then covered up their own mismanagement by blaming (penalising) the poor, those in need of work shamed, then the disabled, the lack of housing the fault of immigration and finally all these and any other ills on the bureaucrats in Brussels. It is always somebody else's fault. We have to get out of this damaging cycle of invincibility until events prove otherwise. Cameron was a fool to allow the referendum because after all those years of stoking up xenophobia and pointing the finger at the EU the risk that Britain might vote to leave was just too great ......... as we have found out to our cost.

So what is the truth?

I could go on and on with this, going on to education, transport, the environment, sustainable energy ....... etc, but I think you get my drift. Nowhere is there any underlying evidence that leaving the EU will have an effect on any of this.

We need to wake up and smell the bullshit that surrounds us.

We now live in a broken and divided country. We have managed to tear up that which binds us as a nation with distinct and fundamental divides between young and old, haves and have nots and the pro and anti EU. We stand in greater risk than ever of losing  our union .......... yes the breakup of the UK seems likely. All this a consequence of disinformation and propaganda. What will happen next? History gives us ample evidence that in this hour of need the risk of a right wing takeover of government is all too possible so we must fight with all our might to resist what for some now seems inevitable. I of course look to the Labour Party to get its act together and get us out of this mess but we also share some of the blame for what has happened. We should have done more to ensure that our own people had the information enabling them to tell fact from fiction.

The fight must go on