I apologise to those who just don't like this sort of stuff.

The pain is now transatlantic and amplified by thoughts that other people in other lands may prove to be susceptible to this distortion of truth that masquerades as political wisdom. We fear the domino effect. At the very least the fallout will effect every continent, the double hit of Brexit and Trumpism leading to the downward spiral of protectionism both in the importation of goods and people. It is the callous exploitation of our basest fears that wrankles the most. The EU Leave campaign scapegoating the foreigner, the self same trick then rolled out in the US to get a self confessed misogynist liar to the White House. We stand on the brink of indecency as the far right take note that if you keep scratching at  the sore of xenophobia you will gain electoral success. 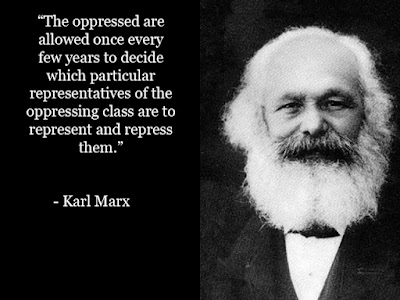 The underlying problem is the freedom of capital which moves manufacturing and service delivery to locations where pay rates are at there lowest. Without a matching freedom of labour everybody suffers except those who we define as capitalists. In the American context I refer you once again to the articles of Josef Stiglitz at the Roosevelt Institute (Roosevelt Institute Link) . If we credit our politicians with even a scrap of intelligence then their baying calls to blame immigration for the ills of unemployment and poverty is a cynical distortion of reality espoused for their own self interest or the protection of the wealth of those who fund them (why they do this is perfectly described by J.K. Galbraith - see here in the previous BelperStuff blog post). On the other hand, if Trump, May, Farage, Johnson, Le Pen, Frauke Petry and sadly many, many others, if they genuinely believe what they are preaching then their reason has been irretrievably corrupted by an innate xenophobia which, when it is directed at specific peoples is nothing short of racism. Whatever the motivation the manipulation of facts to the point of outright lying to the electorate fundamentally undermines the legitimacy of  their tenure in Downing Street or the White House. If we have to add the Élysée Palace and/or the Reichstag to that list then we will indeed have returned to a world reminiscent of the 1930's.

So what is to be done?

Those opposed to this abhorrent crew and their message of racism and hatred have to find a way of moving the debate into the realm of fact ............ not fiction. The scapegoating of immigration must be challenged and any temptation by a left leaning political party to adopt a watered down yet still repressive control of immigration in the hope that by so doing they gain an advantage at the ballot box has to be resisted. Only the truth will suffice. If you want to dig deeper into this then I can suggest nothing better than this article from the Global Civil Society 2004 Yearbook. This references, amongst many other sources and ideas, this quote from Marx, " if free movement of capital is allowed, so free movement of labour should be".

A conversation with my wife as we drove home from a Labour branch meeting the other evening really set me thinking. She reminded me of the meeting we attended at the Labour Conference in Liverpool this year, to be specific, the meeting of Christians on the Left where the references in the bible to acceptance and love of the foreigner chimed perfectly with my own belief in open borders. I contrasted the open hearted and unconditional love I witnessed at that meeting with an interview on the BBC last night with a representative of the Evangelical Movement in America who without any qualms was able to defend the fact that 4 out of 5 white evangelicals voted for Trump. (see this article in Christianity Today). They are self styled as "born again" but I fear that many in the world will suffer because of the inherent born again racism of christian fundamentalists in the US. We have to find a way to counter these extremists who cleave to those who preach hate such as Trump. We just have to find a way of reaching their minds. If only we could call a meeting between the US Evangelicals and the Liverpool Christians on the Left, Now that would be a debate worth watching.

We also have to be prepared for the unthinkable. The running mate of Trump, Mike Pence, will now become the Vice-President in two months time. Mike Pence is a creationist see this youtube video of Pence speaking against the theory of evolution. He is but one step upon the grassy knoll of becoming the President (not something I would wish for I hasten to add). The fear is that even as a Vice-President he will be given a range of responsibilities by a President who will not want to be bothered by details. That he might be given the freedom to enforce a change in school curriculums that will embed the idea in young impressionable minds across the entire US that our world is a mere 4,000 or perhaps 7,000 years old is chilling. Who knows what Trump promised to Pence to get him to agree to be his running mate ................ and who know what the pair of them have had to promise to deliver to enlist the support of a variety of organisations, not least the global warming denying element of capitalism that wants to stifle any debate about the environment ( but that's a topic for another blogpost).

The wonderful wall, the 11 million expulsions, borders closed to muslims and the imposition of 45% trade tariffs and what else? Exclusion, expulsion, embargoes and protectionism have proved to be persuasive arguments in both the EU Referendum and US Presidential campaign ................ a far cry from the Christians on the Left and Marxist philosophy that mankind should be borderless.

Remember, if you want to avoid that sleepless night: