In yesterdays blogpost I mentioned the content of Belper Tories facebook page. I braced myself and took another look today and, to be fair, the content, in the main is an acceptable expression of the image that local Tories want to promote about conservatism. Unfortunately some of their posts need closer scrutiny such as their slant on parking. In their zeal to attack Labour they have not thought about the consequences of their car park plan. I noticed that they had a graphic that attacked the Labour plan to sell off the Field Lane car park extension (so-called). I thought this warranted a closer look because I consider the Tory position to be illogical and ill thought out.

Additional note: It has just been brought to the attention of BelperStuff that whilst the Tories attack Labour about wanting to sell off the parcel of land off Field Lane it was the Tories  themselves who actually did  propose to sell it off in March 2014. As you read through this blog keep in mind that the land is still up for sale by the Tory controlled borough council despite what Tories would have you think. Theirs is not a well thought out strategy ....... more akin to knee jerk reactions.

The graphic that they produced is:

The graphic is intentionally misleading as it suggests that Labour want to sell Field Lane car park in its entirety which is not the case; though the Tories do admit in the accompanying text that it is only the so-called extension that is proposed for sale (that's the lighter square of land under the "LE!" of the word "SALE" superimposed on the above image).

Now if I was a Tory I would want to keep very quiet about this small parcel of land. It was bought by AVBC Tories to be the site of a new leisure centre and never intended to be a car park. Those plans had to be scrapped because the scheme depended upon a level of government funding which, when applied for was declined on the basis that Belper already has a leisure centre. Unfortunately, the Tories had already bought the land so to make the best of a bad job they re-purposed the land as a car park extension. The shame of it is that they shunned the opportunity to buy some land adjacent to Derwent Street that would have cost a third of what they spent on Field Lane and provided far more car parking spaces. What we have ended up with is car parking at a cost per space similar of what you would expect to spend in central London and not in a small Derbyshire town. The cost per car in Belper should be under £5,000 but the Tories have managed to spend nearer £50,000 per space. You could finesse the site to bring that cost down but this only to around £40,000 per space. ( for an insight into the methodology of this calculation you should start here).

What are the consequences of the Tory proposals?

By making this attack on Labour's plans the Tories have put forward what they intend to do about parking in the town once the residential development of Derwent Street North commences, bringing with it the closure of the Derwent Street car park.

The Tory plan is that all these cars will be transferred to the Field Lane car park. That means that there will be a considerable extra number of cars entering the car park via the Bridge Street/Field Lane junction or the rat run through Church Street/Green Lane. Many feel that Bridge Street is already saturated with traffic so any increase in the number of vehicles making a right turn into Field Lane could prove to be chaotic. The Tories have already lodged objections to planning applications on Derwent Street based on concerns of traffic congestion but now they propose to increase the number of vehicles entering Field Lane even though it is a far more sensitive junction.

The traffic problem in Belper warrants a far more intelligent approach than what we are offered by the Tories. Now that I am aware that they base their car parking strategy on a small parcel of land that they actually want to sell I find the situation quite bizarre.  There is of course the adjacent Ada Belfield care home site with the residents moving to the new facility being built within the old chocolate factory on Derwent Street. I expect that the potential of the combined care home/car park extension area has not escaped the notice of potential developers.

The effect that a supersized Field Lane car park would have on these flows can be easily imagined.

So what is the Labour alternative?

Labour propose selling off the so-called car park extension and, if they can recoup the full amount that was paid by the Tories for the site, use the money to realise the dream to rebuild the River Gardens Tea Rooms as envisaged by the Friends of Belper River Gardens. The residue should then be more then enough to enable an invigorated Labour controlled AVBC to explore sensible parking options that would utilise far less costly land and have minimum impact on traffic levels in the town. 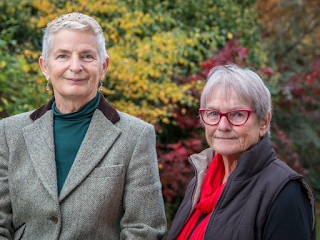 The town deserves an overarching traffic plan for the town and not this bodging approach we have at the moment. The plan should be evidence driven and complimentary to the historic nature of the town. The ultimate solution for Belper is that we have an enhanced public transport network plus residential development that encourages people to walk rather than use their cars. Strategies such as this are needed now and this is what you will get if you vote for Fay and Carol in 2 days time on May 3rd.

I know that those seeking your vote often make the claim that a vote for them is a vote for change but this Thursday in Belper that is exactly how it is. A vote for Fay and Carol in Belper East and Belper South would help to ensure that the Tories are ousted from power in Amber Valley so that we bring forward policies that are of real benefit rather than those proposed by the Tories as they try to paper over the cracks of their mismanagement.