You might have noticed that BelperStuff has steadfastly avoided any analysis of the election. It's still painful so it was a case of adopting the defense mechanism of the ostrich (head in the sand) or go out and get blathered. BelperStuff chose the latter. It's somehow reassuring that life goes on much as normal amongst the drinking classes, notwithstanding that the overall emotion in Belper hostelries is a dull resignation at the prospect of 5 more Tory years in Westminster and 4 more Tory years in St.John's Chapel. Despite an exhaustive survey of local opinion carried out in a statistically weighted sample of Belper pubs there seems to be no ale or lager drinker who will admit to voting Tory. Obviously, with politics being a subject best avoided  when the alcohol is flowing it is easy for the secret Tory supporter to remain hidden. 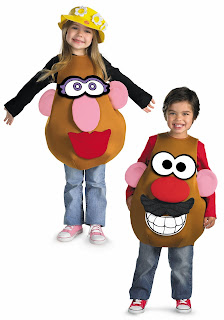 There has been one development that your hungover BelperStuff researcher has to report as there seems to be a growing interest in the return of Mr Potato Head. It would appear that the flagship policy of the Belper Tories is starting to grip the collective bar room (and papershop, and in the butchers) imagination .........................
a growing support for the idea of Belper schools adopting a Mr Potato Head style of school uniform.

It seems that the Tories cunning plan to avoid issues that really matter is starting to work as the town is obsessed with the idea of our children being turned out in clothing that proclaims a pride in being part of this Belper Town Council initiative. There are even rumours that the Herbert Strutt and Long Row Primary schools are in a fierce competition as to who gains the right to change their name to be the "Belper King Edward School". We turned to our usual source of school information in Belper for some perspective on this but the  www.belperpeople.co.uk/schools website would appear to be offline due to maintenance (perhaps swamped by anxious parents seeking advice on where the Mr Potato Head school uniforms can be purchased).

It was time to get some sort of official perspective on the subject so BelperStuff turned to the town council for a comment and their spokesman was a veritable fount of wisdom. 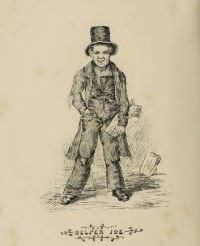 Apparently the Mr Potato Head idea is a far reaching policy initiative to regenerate the textile and clothing industry in the town. Local factories will be recruiting workers as their order books fill up with the demand for the school uniforms. This work will obviously peak in the summer as shops stock up for the start of the school year in September. The challenge will then be how to employ these new workers once every child is suitably clothed so the search is on for other lines that can be marketed. The town council spokesman commented that current thinking is that the themed clothing idea could be developed to include adult styles which also demonstrate a Belper motif. BelperStuff has been asked to assist in the search for the definitive "Belper Style" so if anyone has a genuine nailer's apron hanging on the back of the shed door or, better yet any example of the traditional Belper vagabond look then the council would like to hear from you. The accompanying illustration of the famous Belper Joe character should prove useful.

When BelperStuff suggested that there would be no need to manufacture such clothing as the next 5 Tory years of cuts and increasing austerity measures would result in a growing number of good Belper folk being so hard pressed that they would be unable to afford any new clothes the Belper Town Council spokesman retorted that this did not matter as the "havenots" were not Tory voters so it did not matter what happened to them.

BelperStuff wishes all it's readers a happy bank holiday Monday. Ah yes, Saint Monday, the traditional day taken off work by local craft workers.
Posted by It's ok to listen to the grey voice at 11:20